Battle of Tours it’s most backfired battle in history because if Muslims won or they didn’t think to Invade Francia ,there wouldn’t any crusade or Papacy or legacy of Charlemagne , the battle regroup Catholic Kingdoms and duchies against Caliphate , now you will ask me why Invade of Iberia wasn’t important like Battle of Tours?

because Hispanic lands was not catholic and they was in war with catholic kingdoms .

back to Battle of Tours :

Muslims got harshly lose they ever had and after this war many of Andalusian manpower gone , and reputation of West strength growth in Islamic lands , and Muslims didn’t invade that lands again .

that war made the idea of holy war in Charlemagne mind , so he created papacy in Rome and he invade Pagan Germanic tribes in Germany and regroup christian duchies , finally he created the most powerful Empire in west (Holy Roman Empire ) After years this battle mentioned in papacy to start most bloody wars of crusades .

in Andalusia when their realize their life is better than wars , they stop conquer wars and they start to live a worthy life which this life destroyed them at last because Charlemagne started to support Hispanic Christian groups in Iberia, and start some holy wars in the north when Muslims drowned in their wealthy life .

So this war in my opinion rise the Christianity in Europe , created Papacy and great empires of Europe which finally Expelled Muslims from Iberia and started bloody wars in Islamic lands like Crusaded in the east.

Thank you for reading . 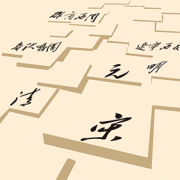